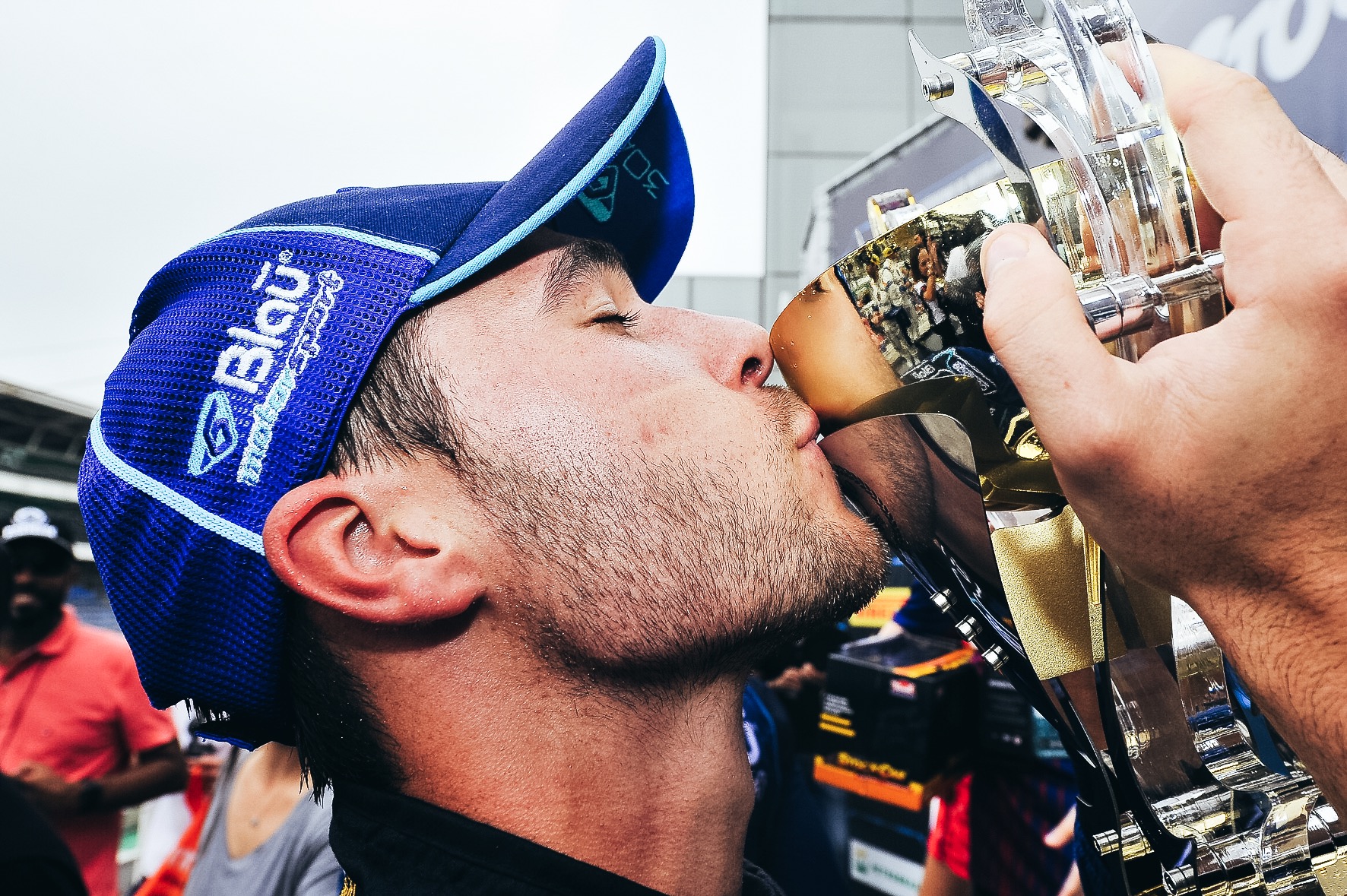 After showing great form earlier this year at Daytona and Bathurst, Kelvin finally got his first podium finish for the 2018 season under his belt.

The first round of the Brazilian Stock car Championship at Interlagos in Sao Paulo was a special one, featuring many International drivers from different racing championships around the world, including ex F1 drivers Felipe Massa, Rubens Barrichello, Ricardo Zonta and Nelson Piquet Jr. The international guest race is a season highlight for Brazilian Stock Car, where the season regulars share their car for a 1 hour sprint race with their guest drivers.

The weekend ran smoothly, with Kelvin and his teammate Cesar Ramos successfully proceeding to the Top 6 shootout in Qualifying before being hampered by a right rear puncture in the Shootout which forced the pair to start from 6th position on the grid.

The race started wet and teammate Cesar Ramos took the car to P1 shortly before the pitstops. With the track drying at a rapid rate, several cars headed for this pits to make the change to slick tyres. Ramos opted to stay out longer on the wets in a bid to avoid pit-lane chaos. Unfortunately the strategy did not pay off and Kelvin rejoined in 3rd position after his pitstop. With 15 minutes to go, the pack was again stacked closely together behind the safety car while lost debris was removed from the track. Kelvin drove a clean stint, battling with the likes of Rubens Barrichello and Laurens Vanthoor for the final podium spot. Kelvin was able to resist the hard challenge from behind and brought the #30 Blau Motorsport entry home for the teams first official Podium finish in Brazilian Stock Car.

“It was a great weekend overall. I clicked instantly with Cesar and the whole team and we worked so well the whole week. I loved the Brazilian atmosphere, the cars are great to drive with no unnecessary driver aids. It is real racing and to come home on the Podium in such a tough field, is something we are all super proud of!”