Bank Loans, Rejection & how I achieved my Motorsport Dream. 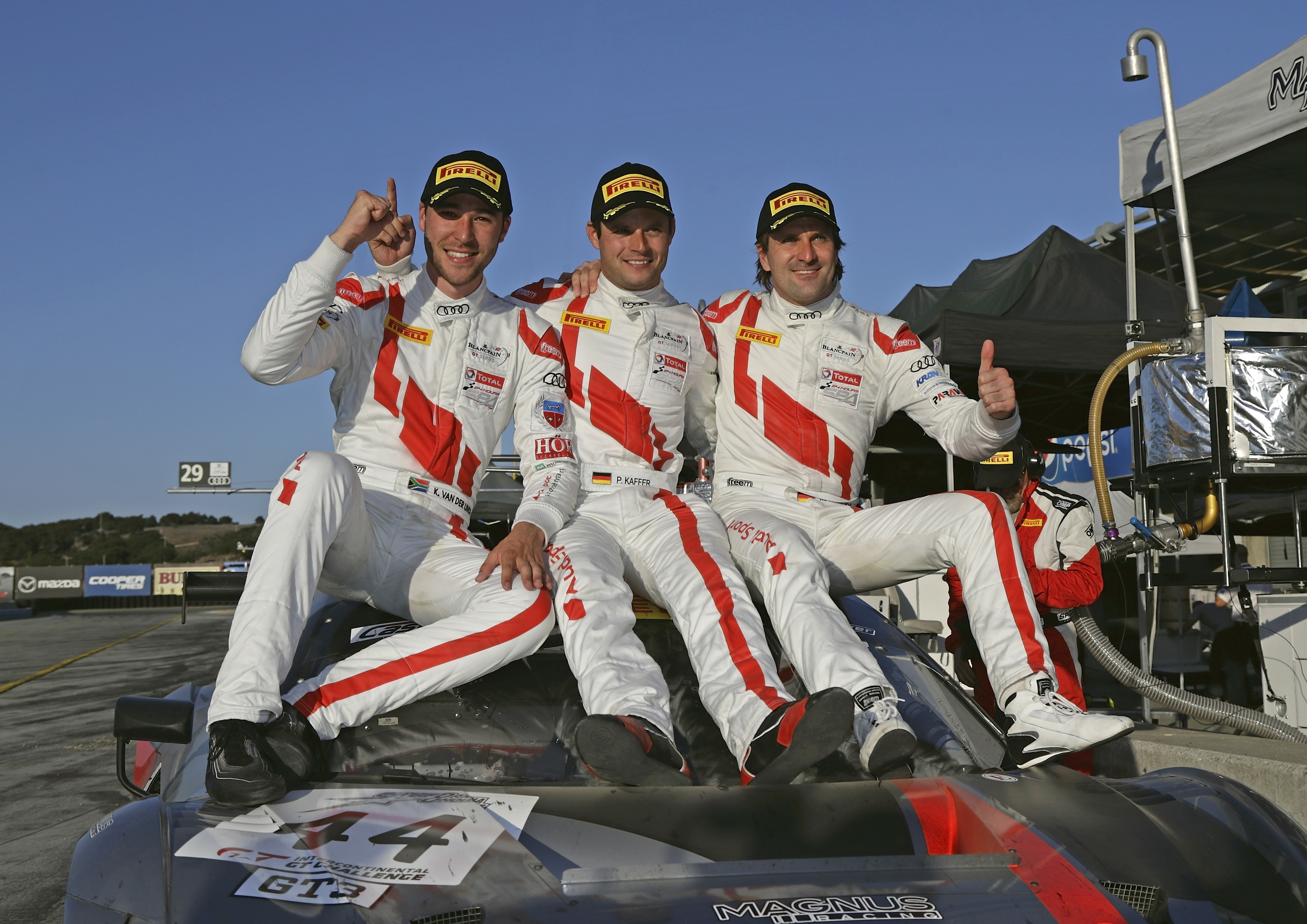 “How do I become a professional racing driver like all my heroes that I watched on TV?” A question I asked myself for many years. This blog post is a brief story of how I achieved my dreams in Motorsport.

After 2 years of nagging my Dad for a go-kart, I finally got my first Kart at the end of 2005 aged 8. In the beginning I was definitely not the fastest out there. We went through many race weekends where I struggled to crack the top 10 in the then very competitive GP Junior category. Looking back I laugh at it because those times really were what shaped me as a professional. We spent weekends on end practicing Saturdays AND Sundays until I was eventually consistently at the front. It put a lot of pressure on our family eventually because obviously there wasn’t that much time for life away from the race track, and for parents who both worked from 7:00 to 18:00, five days a week, I noticed it was becoming difficult to keep up. However, we kept the trend going all the way through my Karting career. I too sacrificed a lot of time with my school friends and never attended school activities on weekends, which led to me becoming a bit of an outcast, especially in my High School years when I was gradually becoming more and more involved with my racing. It never put me off because I was in such a focused space, all that social pressure didn’t phase me in the slightest, and looking back today, I wouldn’t have done it any differently even though there were times when it really was difficult to keep up. 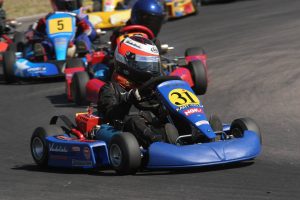 2. A pinch of luck and grabbing opportunities.

I graduated from Karting in 2010 having won 2 South African National titles and was at a crossroad of what direction my career should take. Already at that time I had quite a realistic approach to Motorsport and despite my age, I knew quite a lot about the business. It was very clear to me that F1 wasn’t an option. Not because I didn’t believe I had the talent to pursue it, I was just realistic enough to go against the flow of people dreaming of F1. In the end that decision is what shaped my career. It was around the same time that Federal Mogul was looking for a young talent for their Polo Cup program to replace the graduating Gennaro Bonafede who was set to move to production cars. Ronnie Erasmus approached me in December of 2010 and I immediately signed. Ferodo funded both Polo Cup seasons and I was able to reward them with a Championship in 2012. A pure coincidence at the end of 2010 which led to a great opportunity and a relationship that still remains today with Federal Mogul. 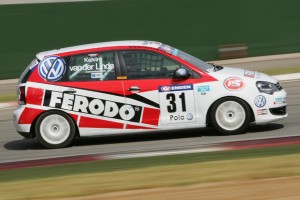 At the end of 2012 I had achieved pretty much all there was to do for a Junior driver in South Africa. I had the option to receive funding again from Ferodo and to move into the premier category in SA Motorsport, however, I took a deep breath and together with my parents we decided to invest in a career abroad. I come from a stable family financially but nowhere near what is required to fund each step on the Motorsport ladder. My parents were able to help me pay for the first season in Scirocco R-Cup with some help from the bank. Ferodo had no marketing benefit overseas and therefore we had to make the investment entirely on our own, and managed to raise €10 000 through a local fundraiser on Facebook. At the time, Scirocco Cup was the best value for money race series. At €75 000 it was the cheapest touring car championship in Europe and it was staged on the same weekends as the DTM which was a great marketing opportunity for a young driver. I went on to win the title in my rookie season and was later invited to the Porsche Young Driver Shootout for a €200 000 scholarship in Carrera Cup Germany for the following Season. 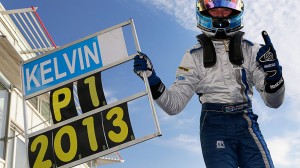 The Porsche Shootout did not go as well as planned. I had jumped from a 300hp Scirocco Cup car with ABS, into a 460hp Porsche 991 with no ABS or TC. It was a massive step and I still remember the first time I put my foot down out of the pits, I was totally shocked. The car was driving me and not the other way around. I was able to be fast by the end of the test but I was making a lot of mistakes and found myself in the gravel two times in two test days. Looking back I also just smile because it was a great experience for a 16 year old kid from South Africa, but it was not what was meant to be and that rejection shaped the success that was to come the following season.

5. A big break and some more good fortune.

As a result of winning the Scirocco R-Cup Championship, I received a package of €75 000 which would basically cover our initial investment. The next goal was GT3 racing. Already well connected in the VW Group, I decided to go to Audi and GT Masters. We had to re-invest my prize money from 2013 and Audi managed to cover the balance of the budget after a few months of negotiations. Surprisingly, the 2014 season alongside Rene Rast ran faultlessly and we won the GT Masters title in our first attempt. It was a seamless combination of team and drivers and a year I took a lot of knowledge from. 2014 was also the year where I managed to win the prestigious FIA Academy and was also voted SA Sportsman of the Year for the second year in succession. The stars had aligned and I was offered my first works contract at the end of 2014, two years sooner than I would have had the chance to get a works contract within the traditional Porsche Junior System. 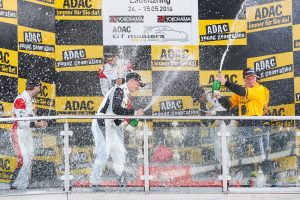 6. Arriving is one thing, staying is another.

Arriving is one thing, staying is another, something my Dad often reminded me of. This was something I was about to learn for myself. The success of 2014 was followed by two extremely hard years at Audi. I was finding myself as a young man and was adapting to my new life living in Europe. Family relations were tense and results were rare. At the end of 2016, my GT Masters team had run out of financial backing halfway through the season and I was sidelined for 3 months with no race drive. I only had development duties for the new RS3 LMS and ended 2016 with a win at the Nordschleife on Debut for the new car. 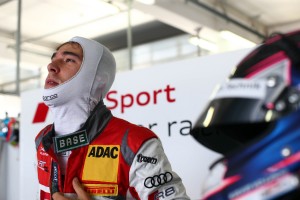 After two years with almost no results, pressure was building from Audi to deliver. 2017 was a make or break season. I had been offered the chance to do 24H Nurburgring and Spa on one of the works cars. This was a great chance to compare myself to the rest of the Audi drivers in equal equipment. I started the year with a lot of self doubt, wondering if 2014 was really just luck? The season started very well with a few great races in GT Masters which put us in the hunt for the championship. However, the real challenge would be 24H Nurburgring. This was where it really mattered. It was a week that I will never forget. It ran faultlessly from beginning to end. I managed to win one of the crown jewels of sports car racing at my first attempt, with the privilege of bringing the car across the line in a dramatic final stint. I remember crossing the line that day and just feeling relief. Just pure relief. Of course I was happy to have won, but I was more happy to have proven to myself that I could still race against the best at the highest level. This was an important day for my self confidence. As confidence built, results came, and we finished the 2017 season with wins in GT Masters and at the 8H Of California. October 2017 also marked a great moment as me and my Brother Shared a GT3 car for the first time and achieved a podium on our first race together. Sheldon also went on to win Petit Le Mans later that month. 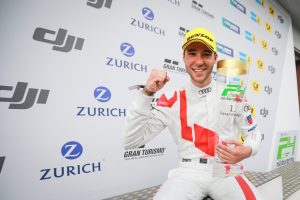 Its a great lesson to learn. Never give up and never stop believing in yourself. It is a lesson that has changed me as a man. And it is an experience that will keep me humbled for many years, because the fact is, no matter how successful one year can be, you are only as good as your last race. Lets hope 2018 is just as great.

6 thoughts on “Bank Loans, Rejection & how I achieved my Motorsport Dream.”