A difficult weekend was predicted at the third round of the ADAC GT Masters for Prosperia C. Abt Racing. On extreme high speed circuits such as the Lausitzring, the Audi R8 LMS Ultra suffers from a significant top speed disadvantage on its bigger engined rivals such as the Mercedes SLS and Chevrolet Corvette. But after two eventful races a satisfactory outcome was achieved: “We have made the best out of the situation, a good car set up for the slower parts of the track has allowed us to retain important points. Ultimately, we were able to close the points gap in the drivers’ and team standings, after the strong second place by René Rast and Kelvin van der Linde in race two. “ 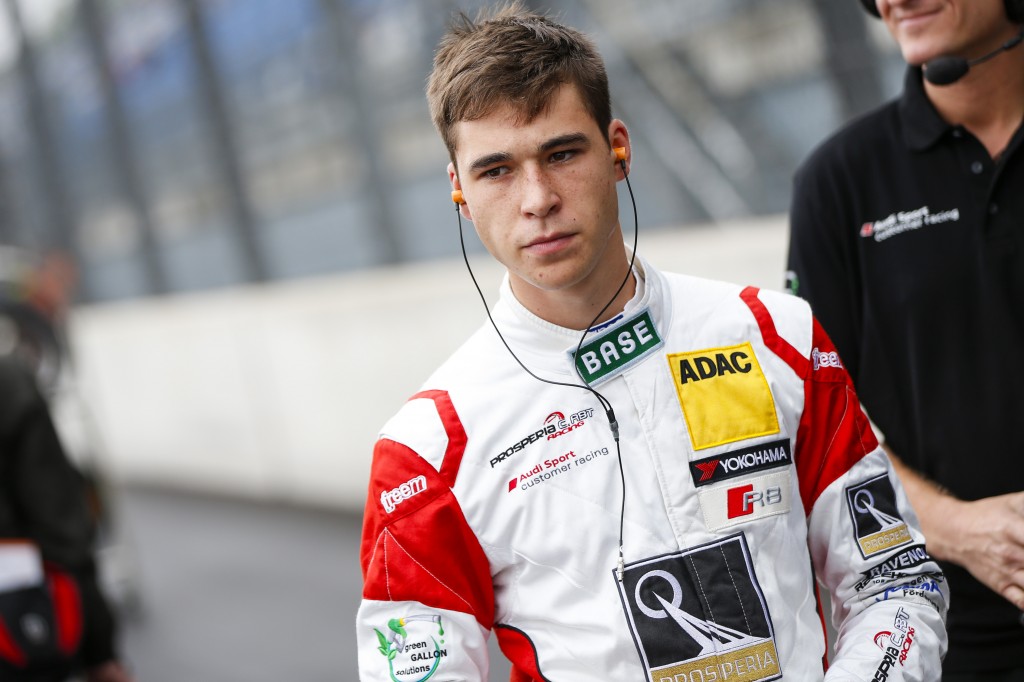 According to Réne Rast: “It was a good weekend for us. In particular, the six points for our seventh place in the first race where we were dropped back to 21st position after a blameless spin when making contact with another car.” Once more, ​​the impressive young Kelvin van der Linde, who took over the Audi R8 LMS from  Réne Rast on Sunday for the second stint after the mandatory pit stop and went on to finish comfortably in 2nd place. During the race, the 17-year old South Africans also turned in the fastest lap of the race overall with a time of 1:20,629 minutes. “The boy improves every time he is in the car. This was again an extremely strong showing, ” Christian Abt praised the youngster.

“We knew that ultimately we couldn’t catch the BMW. Baumann was just too fast in the first stint of the race. The BMW finally eased off a little, so we were able to get a bit closer towards the end of the race. Our first race this weekend was quite tough, but we fought back strongly today. To take five podiums from six races is great, as things are very tight at the top of the championship table,” – Says Kelvin van der Linde after race 2

Filed Under: LATEST
Another strong weekend for Kelvin and René in Zandvoort
Kelvin & Renè Half Time Champions as Summer break starts